Cardigan Castle may be hundreds of years old but its latest addition is cutting edge!

A new bilingual interactive eisteddfod i-pad game, custom made for the castle, has been developed by a team of local people.
The groundbreaking project, funded by the HLF, was created by former teacher and TV producer Carol Byrne Jones and developed with the help of renowned chaired bard Ceri Wyn Jones, artist and animator Tanya Griffiths and constructed by local software expert Steve Knight.

The group has been working for just over a year on a brief to introduce aspects of the eisteddfod in a fun and interesting way, not only to Welsh speakers familiar with the tradition, but also to castle visitors from outside Wales.

Castle co-ordinator Sue Lewis said: “We found that visitors were just giving our eisteddfod exhibition a cursory glance – we wanted something that would attract them, keep their attention and most importantly, share a sense of the creative fun and inspiration behind the eisteddfod.”
The game, placed in the castle’s eisteddfod room, is already having a positive effect , with visitors enjoying playing the two interactive bardic and music competitions.
These were ‘road tested’ by local primary schoolchildren from Aber-porth.T. Llew Jones, Penparc, Cardigan and St Dogmaels schools.

Carol, who led the project, said: “The children’s responses – and those adults who dared try the tasks– have been very encouraging and useful. It’s great to know that they want more! “
The game is being officially launched on Saturday, June 23 immediately after the Gŵyl Fawr proclamation at 2.30pm. 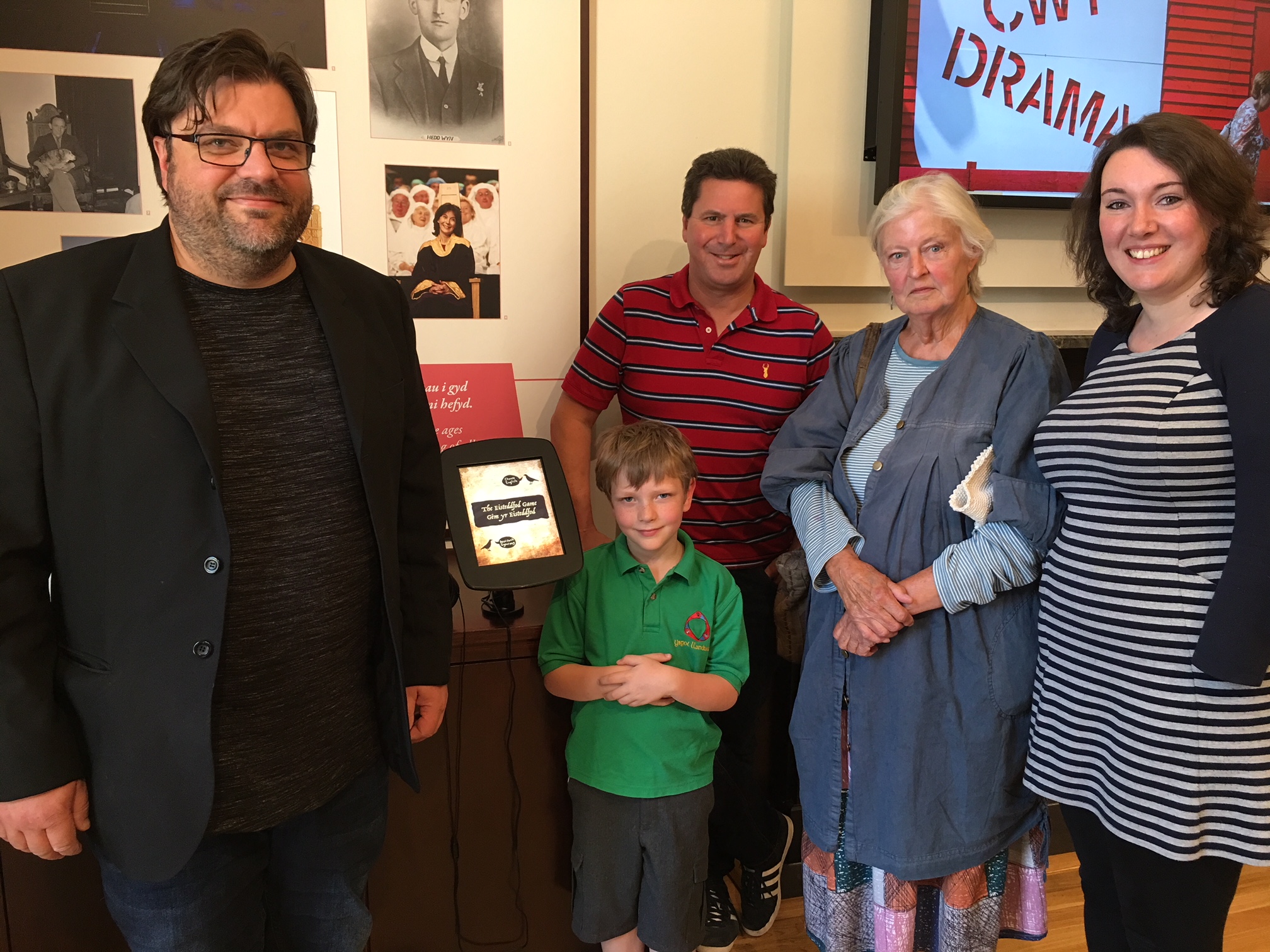