Take a stroll back in time along the winding pathways of our stunning Regency style gardens. Bursting with colourful blooms and rare plant species, they are just waiting to be admired...

Set in two acres of grounds overlooking the River Teifi, the Grade II listed gardens are home to more than 130 types of plants. Among them, you will find 15 original species, including a large Turkey oak, a copper beech, snowberry and early varieties of holly.

Be sure to take a picture in front of our beautifully restored whalebone arch – a ‘must-have’ feature for any early 19th century garden.

A history of the grounds

Most of the landscaping was carried out in the early 1800s when Castle Green House was built on the site for John Bowen, a local barrister. This included the removal of the curtain wall opposite the Strand to form "hanging gardens".

In 1827, further changes were made to the grounds for the Castle’s new owner, the High Sheriff of Cardiganshire, Arthur Jones.

The house was also extended in 1827 with the front range added to the existing structure. A hothouse, glasshouse and fernery were erected soon afterwards.

Plans and views of this period show the villa set in a landscape of lawn, shrubberies and a perimeter walk. Other outbuildings included stables, coach house and a gardener’s cottage, and a walled kitchen garden was laid out behind the main house.

While John Bowen and Arthur Jones have been credited with much of the landscaping around Castle Green House during their ownership of the Castle; the gardens as we know them today were probably also enhanced by additional plantings made by David Davies, a Sheriff of Cardiganshire, who purchased the site in 1832. 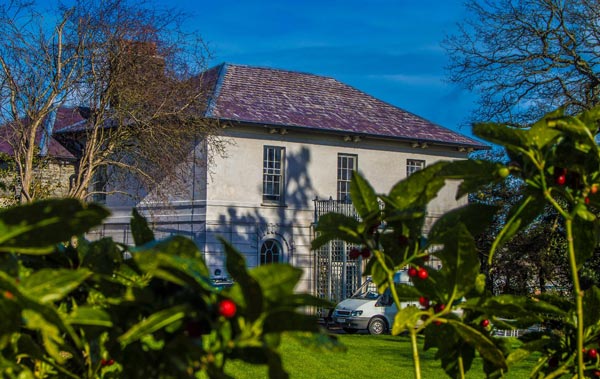 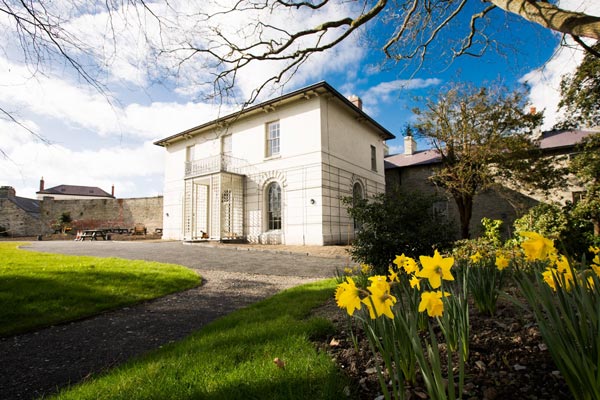 Fancy joining our green-fingered team? Find out about our volunteer gardener roles here.