A beautifully-made miniature model of The Albion, the brig that left Cardigan for the New World in 1819, has been presented to Cardigan Castle.

The ship made by Huw Evans of Goodwick is painstakingly detailed right down to the pulleys and rope rigging and will be the centrepiece of a new maritime exhibition that the castle is planning for this autumn.

Mr Evans was inspired to make the piece when he visited the castle and read one of the exhibition boards dedicated to shipping and emigration from Cardigan port.

The ship’s hull has been carved from a block of western red cedar from Washington state – donated by Mr Terry Matthews, whose family emigrated to America from Trelech and who was also inspired by the castle exhibition.

The Albion, a brig of 66 tons, set sail in April 1819 from Cardigan to St John’s, New Brunswick, laden with Cilgerran slate and 180 emigrants. She was captained by the legendary Capt Llewelyn Davies. A large crowd gathered to see them off on what was to be a 61-day voyage across treacherous seas.

Mr Evans said: “The Albion’s successes were a great compliment to the captain and a tribute to the orderly passengers who arrived in the New World with such little loss of life from disease etc – so many people stacked into such a small space and cooped up together for an extended period of time.”

There are plans to commemorate the Albion’s bicentenary in the town next year. Anyone who has any items that they think will be fitting for the castle’s maritime exhibition please contact castle co-ordinator Sue Lewis on 01239 615131 or email [email protected] 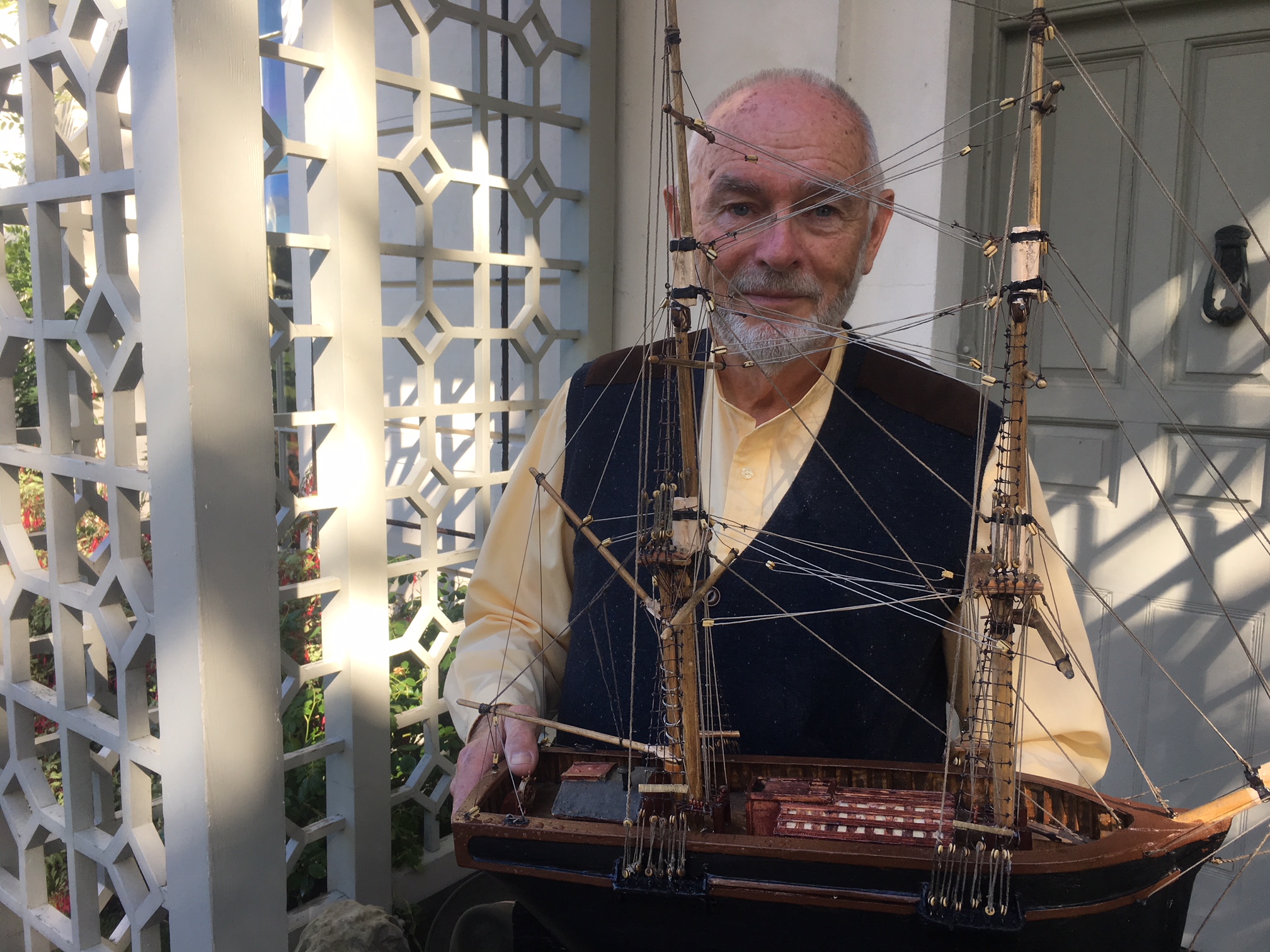